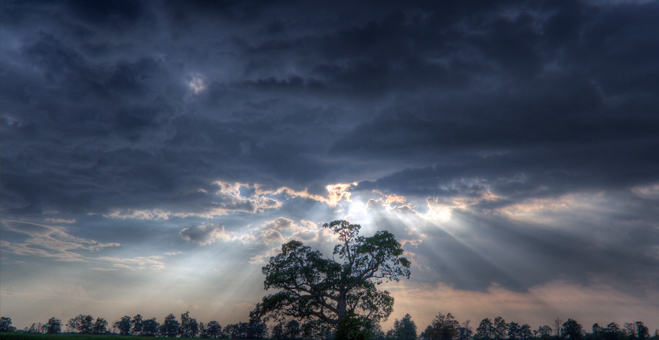 Jesus never promised that following Him would guarantee a trouble-free life. Actually, the opposite is true. When you got saved, you not only gained a Savior, you also inherited an enemy that has devoted himself to making your time down here as miserable as possible.

In John 16:33 Jesus said, “In this world you shall have tribulation”. That’s a promise no one wants to claim, but it’s true, nonetheless. The Greek word for “tribulation” literally means to be “squeezed” or “pressured”. As Christians, we’re not exempt from the pressures of life.

Have you ever been in one of those “hard spots”, where it felt like the Lord was a million miles away? Did you ever wonder what God was doing while you were in that hard spot? When you’re under pressure, it’s easy to lose touch with reality, and feel like God has abandoned you. But, the truth is, God is not only aware of your troubles. He’s there, whether you can feel His presence or not. The following passage from the Gospel of Mark gives us insight into what is happening behind the scenes while we’re “in the storm”.


Where Is God In the Storm?

Mark 6:45-51 (NKJV) – “Immediately He made His disciples get into the boat and go before Him to the other side, to Bethsaida, while He sent the multitude away. And when He had sent them away, He departed to the mountain to pray. Now when evening came, the boat was in the middle of the sea; and He was alone on the land. Then He saw them straining at rowing, for the wind was against them. Now about the fourth watch of the night He came to them, walking on the sea, and would have passed them by. And when they saw Him walking on the sea, they supposed it was a ghost, and cried out; for they all saw Him and were troubled. But immediately He talked with them and said to them, “Be of good cheer! It is I; do not be afraid.” Then He went up into the boat to them, and the wind ceased. And they were greatly amazed in themselves beyond measure, and marveled.”

I think one of the best methods of Bible study is to imagine that you’re one of the individuals in the story. Mentally join the surroundings! Imagine what they’d be thinking. Feel what they feel! Hear the words of Christ, and watch Him minister in the situation. From that vantage point, the story not only becomes more real; you can also glean tremendous insight and revelation.

For a few moments, I want you to “become” the disciples. Jesus has commanded you get into your boat and go to the other side. Halfway across the lake, a tremendous storm hits. Everything you know to do (based on a lifetime at sea) isn’t working. You’re doing your best to stay afloat, but you’re fighting a losing battle. Hope is fading. Death seems imminent.

Your mind races: “If only Jesus were here! But, He’s way over on the other shore, and He doesn’t even know what we’re going through …” From their vantage point in the storm, the disciples felt alone and forsaken. But, Jesus knew their plight and began to act on their behalf.


What Did Jesus Do?

When you’re in trouble, it’s easy to feel like God doesn’t know what you’re going through. You’ve prayed, but the heavens are as brass! It seems as though God isn’t listening.

The first thing you need to realize (by faith) is that God is aware of your situation! He hasn’t left you! He sees you, just like Christ saw the disciples in our story! They couldn’t see Him, (“He was alone on the land”), but He saw them. He was intimately acquainted with their situation.

Power Thought: Your plight never goes unnoticed by God! Even though you may not see Jesus in the storm, HE SEES YOU! He knows what you’re going through!

Not only did Jesus see them, He walked out into the middle of their problem and made Himself available! Isn’t that wonderful? But, here’s something that a lot of people haven’t noticed! (I missed it for years! Look at the next phrase…) “He would have passed by them”.

Isn’t that interesting? Jesus was aware of their problem. He came close enough to be recognized by the disciples, but He wasn’t automatically going to fix their problem! “He would have passed by them”. Folks, here’s something you need to understand about Jesus!

He is a perfect Gentleman! He won’t force Himself on you, even when you’re in dire circumstances! He’ll stand by your side, waiting for you to call on Him! But, if you don’t cry out to Him, no help is coming! He’ll walk right on by! (He would have done the same thing with Blind Bartimaeus in Mark 10:49. Jesus didn’t stop until Bartimaeus cried out to Him.)

Isn’t it interesting? The disciples were in a life-threatening situation, and it never occurred to them that they should pray! There’s no record that they cried out to God. It said they were busy “toiling in rowing”, but not a word is said about them praying. All of their efforts were focused on the natural! They were doing their best to keep their heads above water. But, James said, “Ye have not because ye ask not!” (James 4:2)

Power Thought: Jesus will make Himself available, but He waits for an invitation into your situation. Thank God, the disciples eventually cried out to Jesus. From that point:

Someone once said: God has a way “out”, if God has a way “in”! Isn’t that good? You can’t get in a situation that’s too hard for God! God always has a way out for you! The key is to let Jesus “in” to your situation and let Him speak to you!

We’re not told, in this passage, exactly what was said. But, I think it’s safe to assume that the disciples didn’t do the majority of the talking. (It said He talked with them. They didn’t have a lot of time left! Hearing from Him was the priority!)

As you pray and seek Him in the Word, the Lord will show you what you need to do.

No matter what your problem is, God has the answer. The God Who spoke the Universe into existence is the same God Who is dealing with your problem, if you’ll turn it over to Him!

Cry out to Him! Not in doubt, but in faith! And, He’ll move Heaven and earth, if necessary, to bring your deliverance. 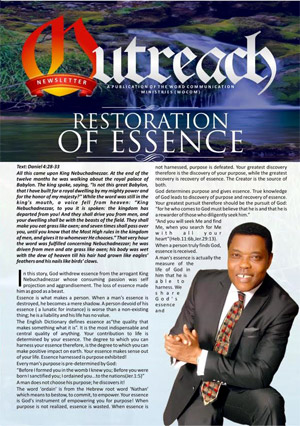